GET IT
Home / All Recipes
Jump to Recipe Print Recipe 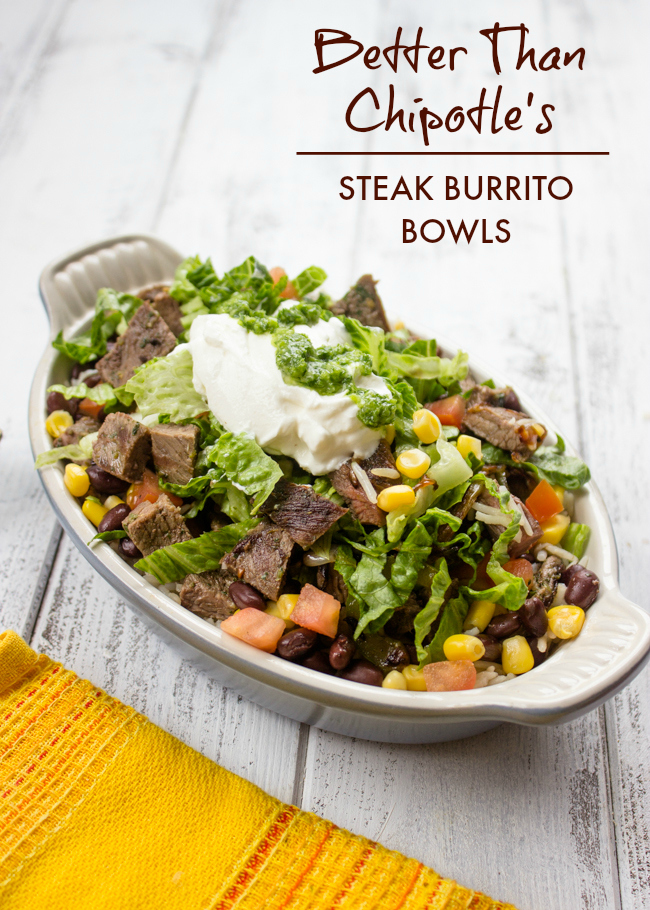 I know I’m going a little overboard with Mexican food this month so I’m going to use Cinco De Mayo as an excuse.

For the chicken bowls, I used a chipotle marinade which is red and spicy and for the Steak, I used my quick and easy cilantro lime marinade. You can use either marinade for the chicken or steak but I find the cilantro marinade so much better on steak because of the cilantro-lime combo. 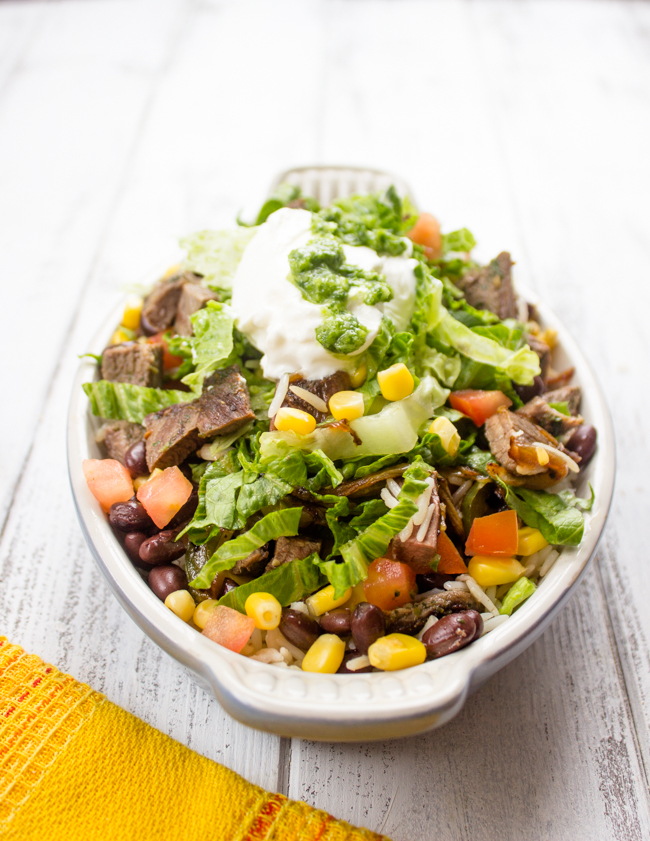 What I love about burritos bowls is that they are really easy to put together and are also very budget-friendly. You can feed the entire family with just 3-4 steaks because you also have a wonderful mixture of beans, rice, and veggies.

Another great thing about these bowls is that you can chop the veggies and marinate the steak ahead of time, then throw the steak on the grill as needed. Also, these bowls can be eaten hot or cold so that’s a plus for me! 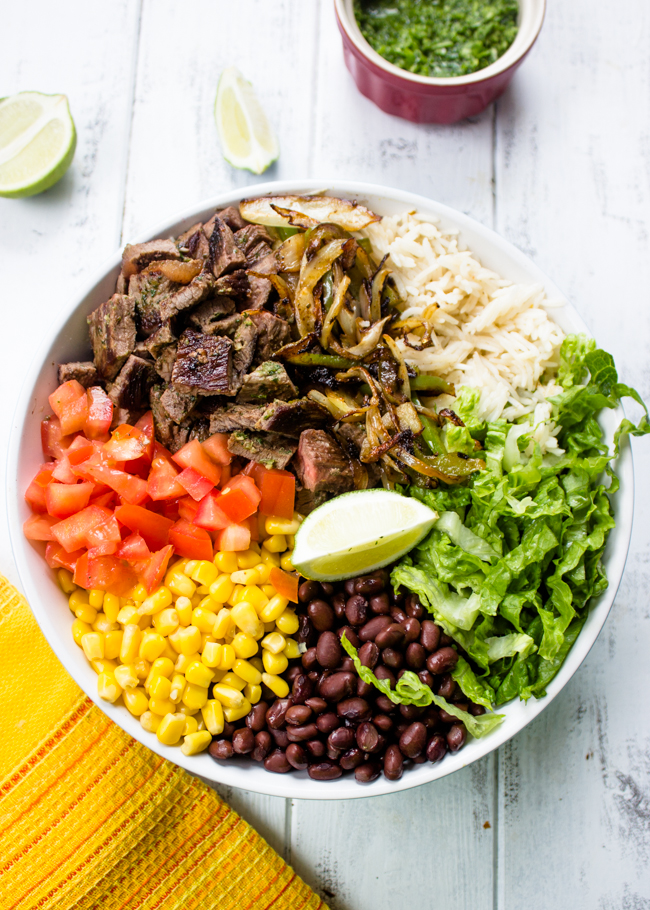 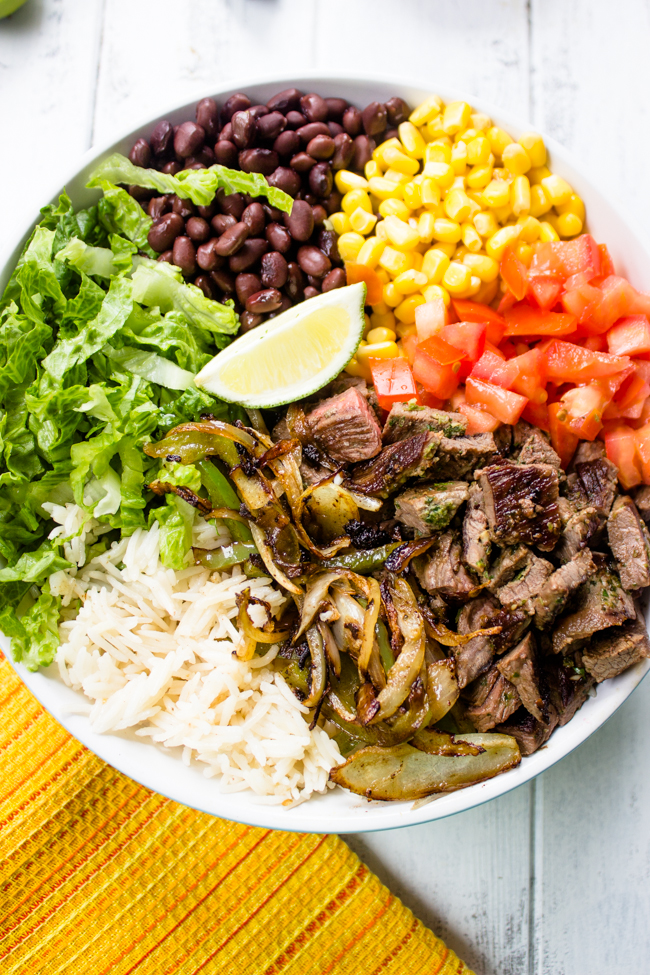 The steak should be marinated for 2-3 hours but you can also be marinated it on the spot and it still tastes amazing. After cooking the steak, allow it to rest for at least 5 minutes before cutting. After the steak has rested, cut it into small bite-size squares. I’d be lying if I told you I didn’t munch on a few pieces of steak while I was cutting it. But hey, who’s counting.

For the cilantro lime marinade, chop the cilantro, jalapenos, and garlic and blend them in the food processor with olive oil and lime juice. You can get the full recipe here with step by step pictures. 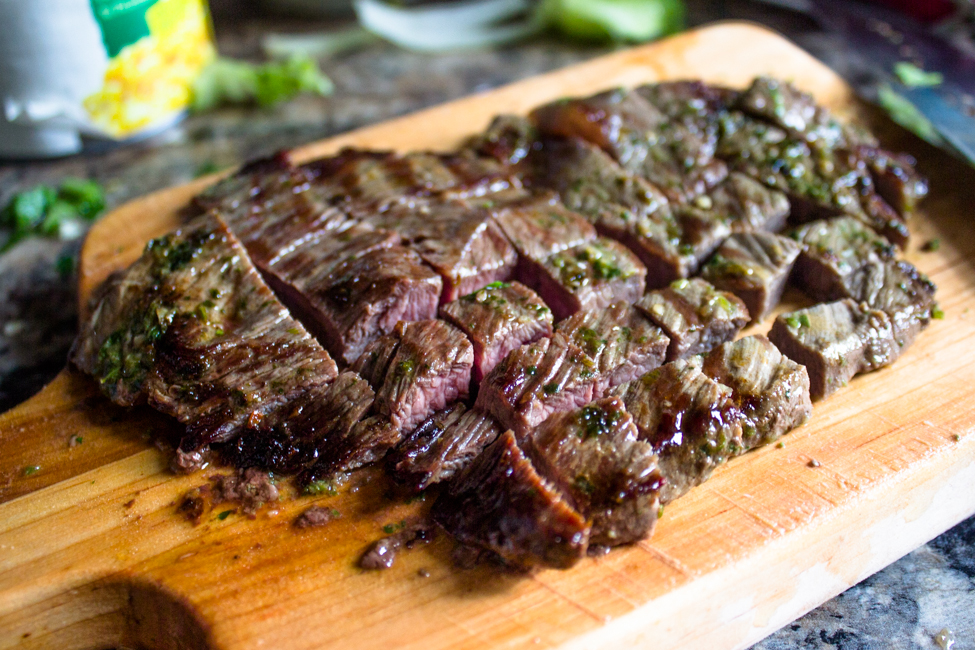 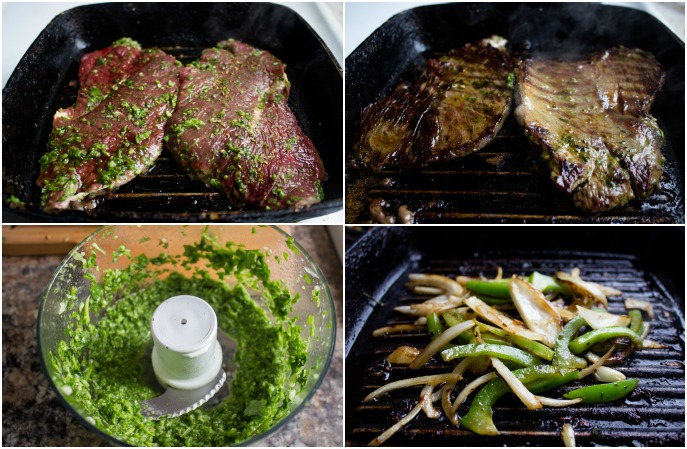 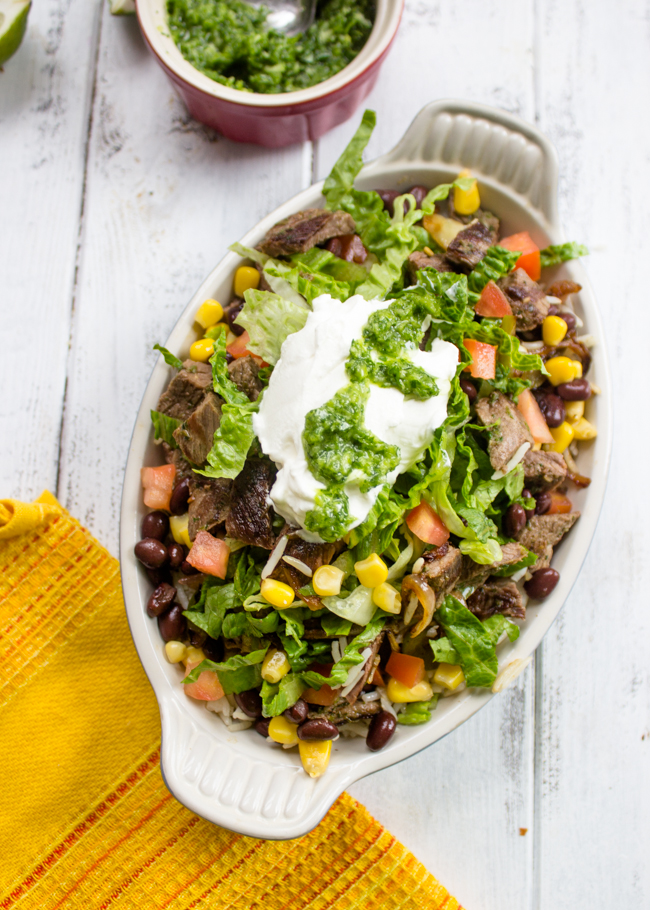