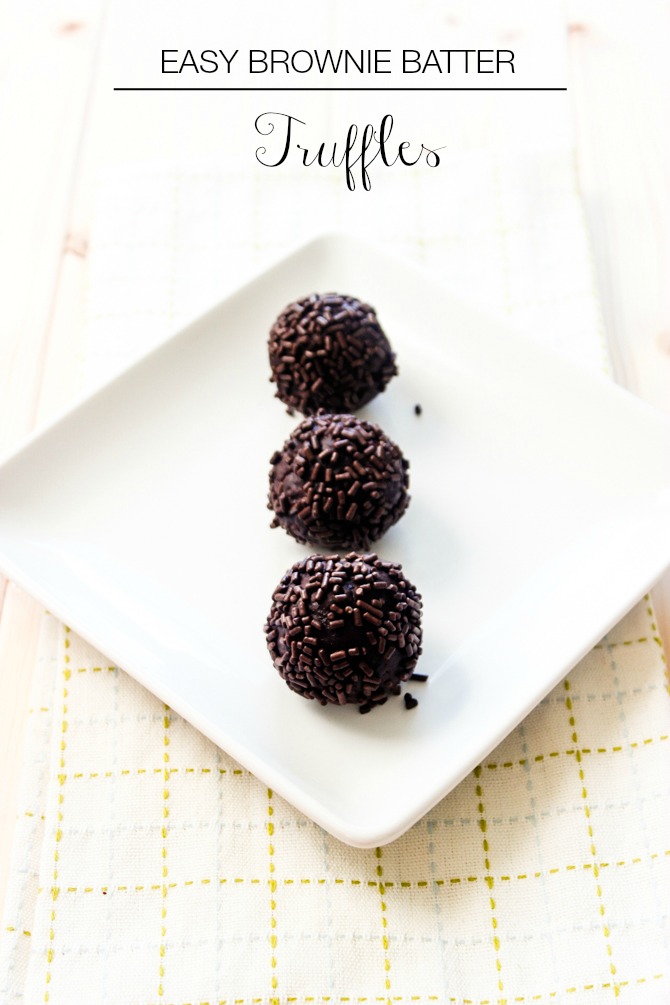 I told her fine fine.. I’ll stop making brownies for a few weeks. .. A few days went by and then I couldn’t  take it anymore! I kept thinking about brownies all day and would get these chocolate cravings out of nowhere! I had to find a way to have some brownies! so i baked a batch of my favorite brownie batter and turned them into these delicious brownie truffles! 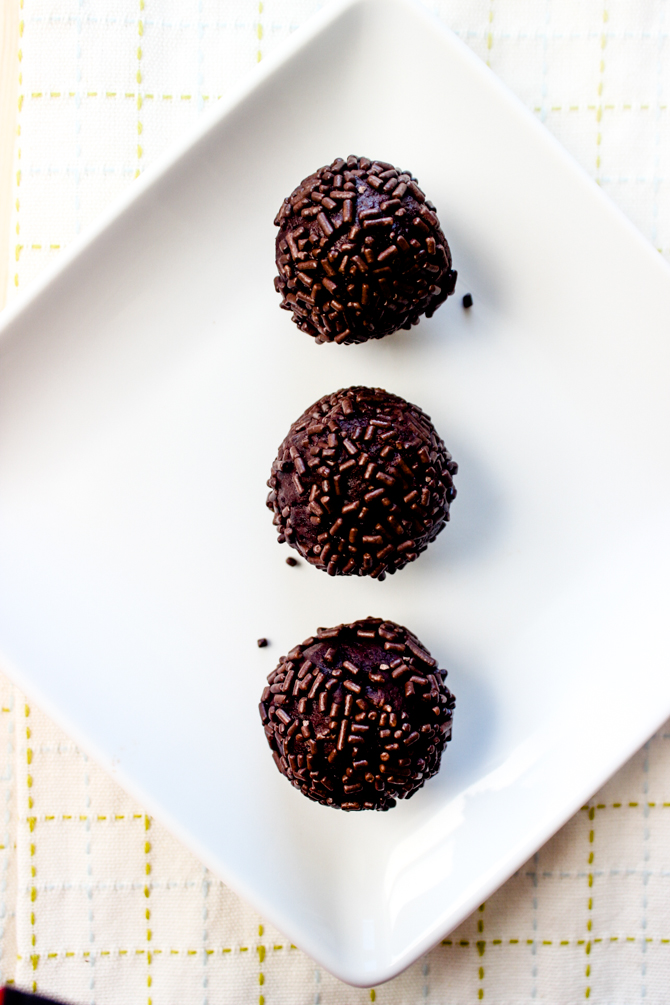 If you thought brownies were good, You have to try these! They are super moist, dense and PACKED with brownie goodness. It’s like a load of chocolate  a tiny ball! 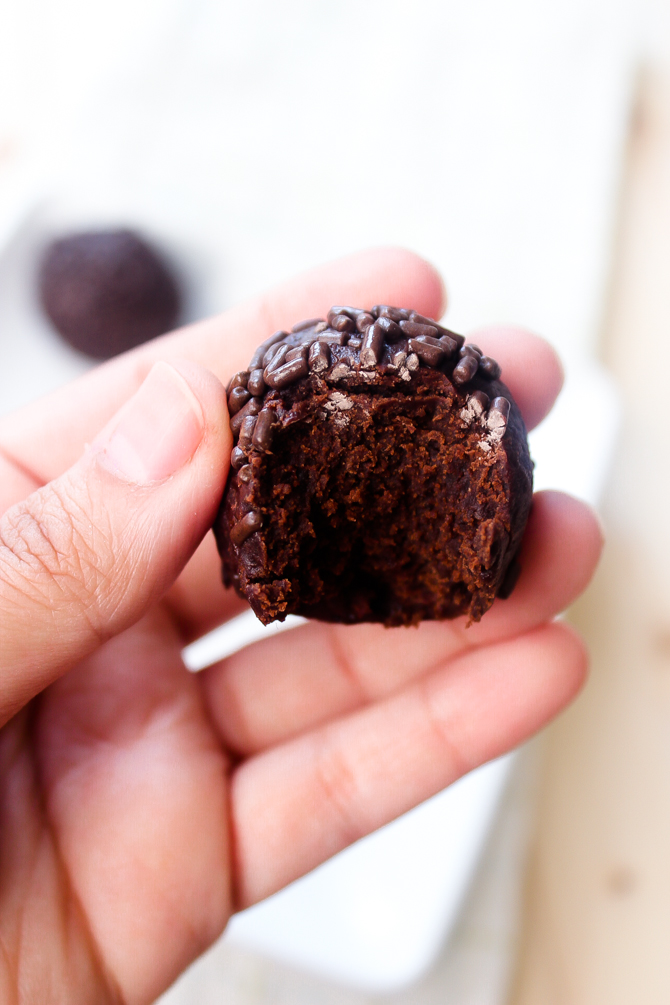 This recipe is one of those kind of recipes that looks like it’s really fancy and completed but in reality is VERY simple and easy to make! I baked the brownies like I usually do but removed them from the oven 10 minutes early while they were still a little soft. After cooling I took a cookie scope and scoop them into balls and dipped them in chocolate sprinkles and that was it! 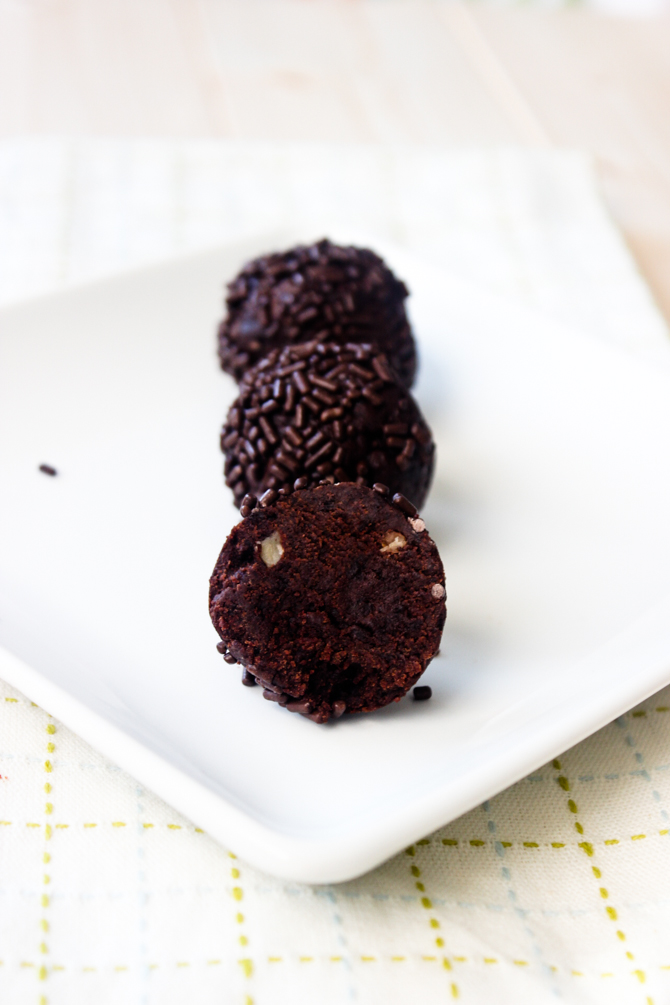