These are the most delicious pumpkin cheesecake brownies ever. fluffy, moist, cheesy, chocolaty. Just perfection. It’s like the perfect combination. 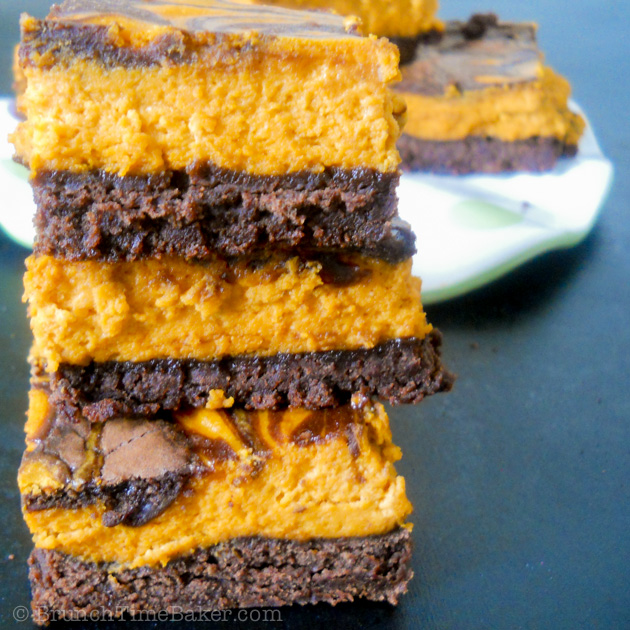 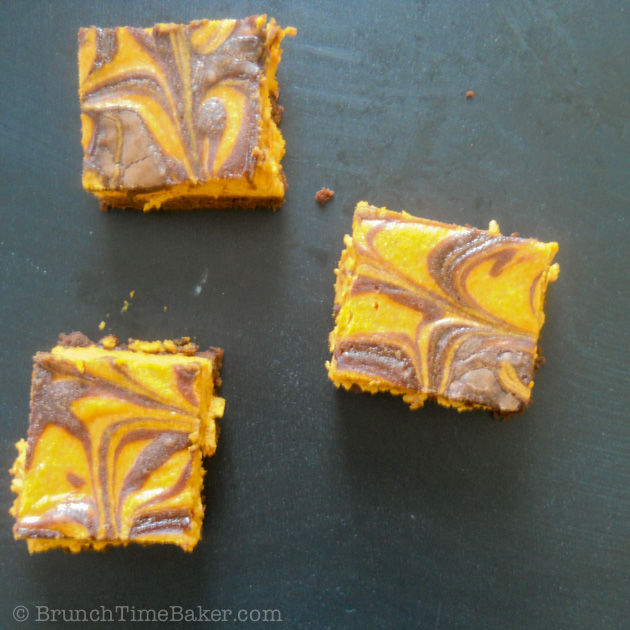 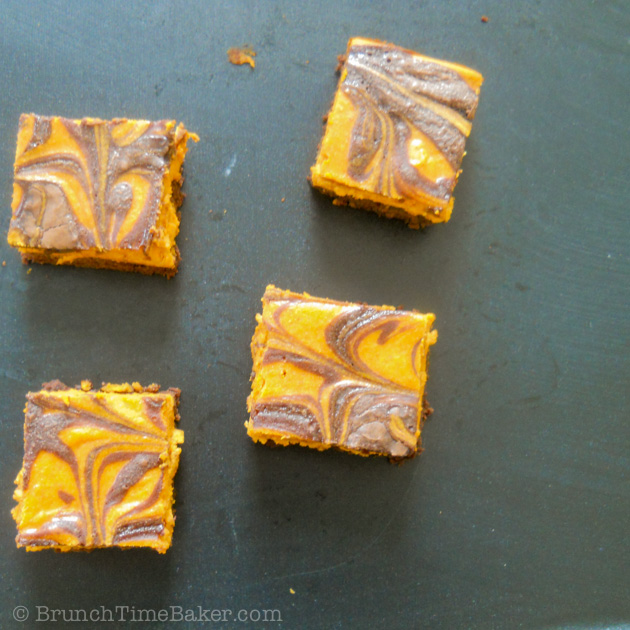 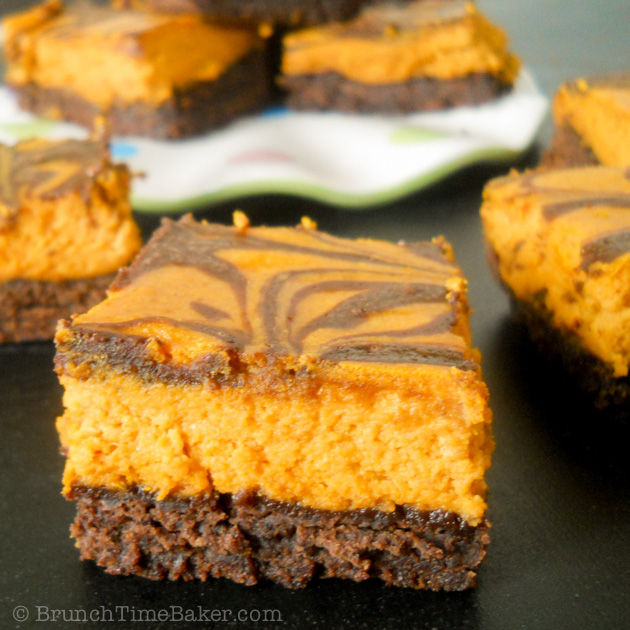 Who doesn’t like cheesecake?  who doesn’t like pumpkin?  and who doesn’t LOVEE brownies?  gosh after I made these brownies I couldn’t stop munching them.
I know it’s pumpkin season is almost over but this came just in time for the holidays. I made a batch and gave some to my neighbors and it just felt so good sharing something that people don’t usually eat. This is the kind of recipe that’s nice for holiday gatherings because its traditional with a twist.
There are a few things that make these brownies extra special: 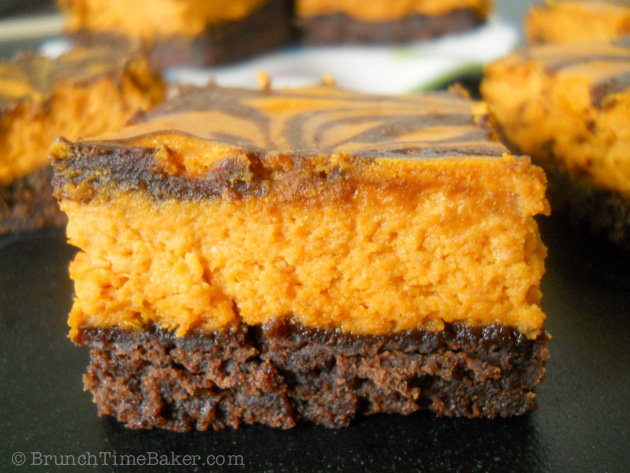 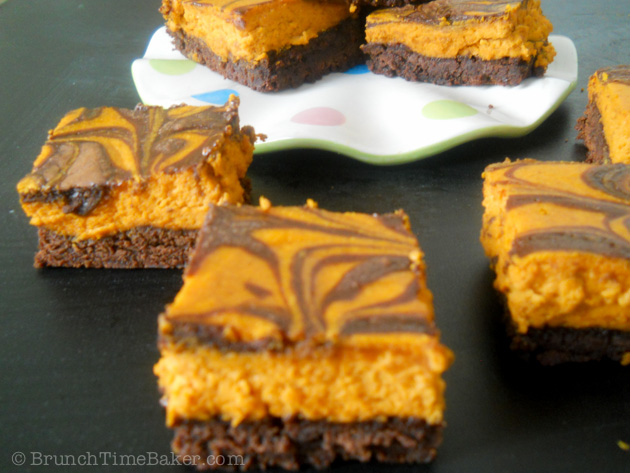 For The Brownie Layer:

For the Pumpkin Cheesecake Layer